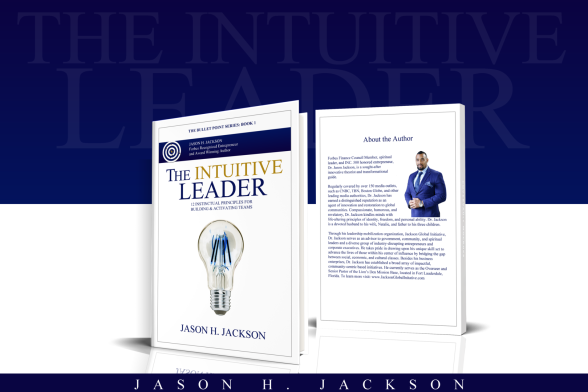 Do you trust your gut when it comes to the big stuff? Instincts and hunches often have a comforting influence on day-to-day choices. But, when it comes to critical decisions, intuition is often traded for logic and rational analysis.  Recent insights in the field of neuroscience have given credibility to the role of intuition in leadership, especially when it comes to decision-making and personnel development.

In developing the strategic skills of senior management, several of the world’s largest corporations rate intuitive intelligence as one of the most essential areas of leadership development. History’s most impactful leaders often succeeded by their intuitive ability to expertly function against coming knowledge and culture.

As a part of JDI’s Bullet Point Series, The Intuitive Leader contours the most potent instinctual principles in a form that is easily recognized, comprehended and practically-applied by the reader. In the book,  Dr. Jason Jackson outlines 12 of the most instinctual strategies deployed by the world’s most intuitive leaders to build and activate teams.

The Intuitive Leader is only available through Jackson Development Initiative in bulk purchases. Coming to Amazon Kindle and all major outlets soon.